“We rely on Russia to exercise very clear pressure on the regime which depends on it for survival,” Macron told in Istanbul. 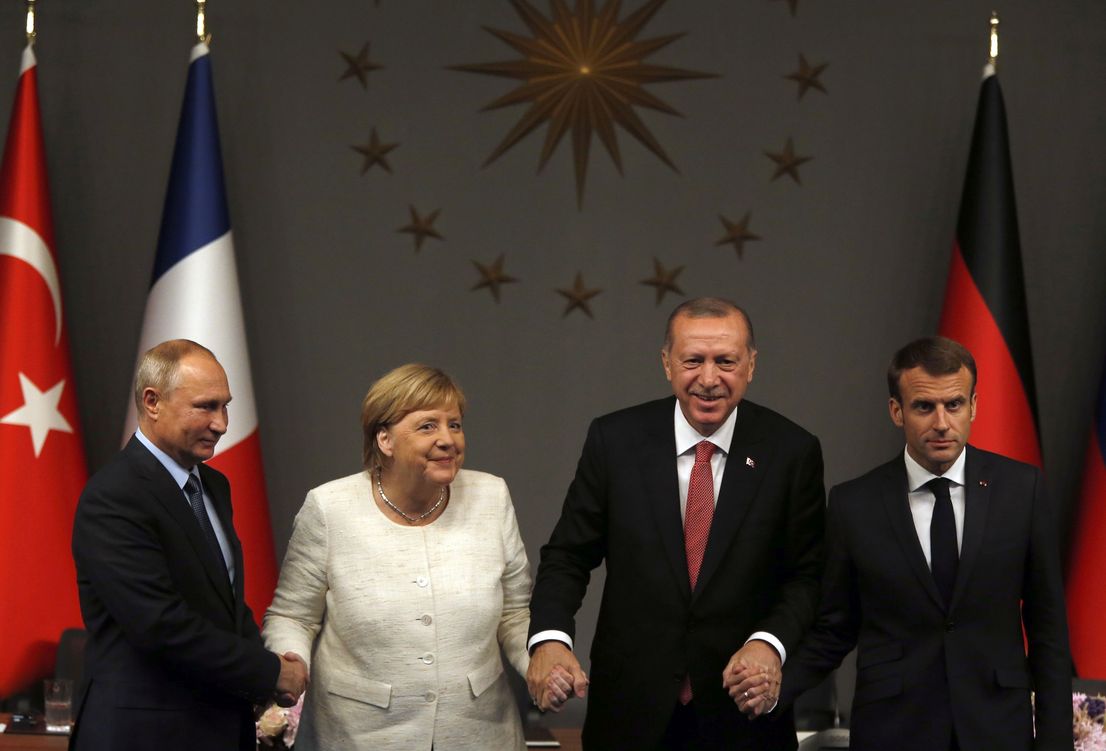 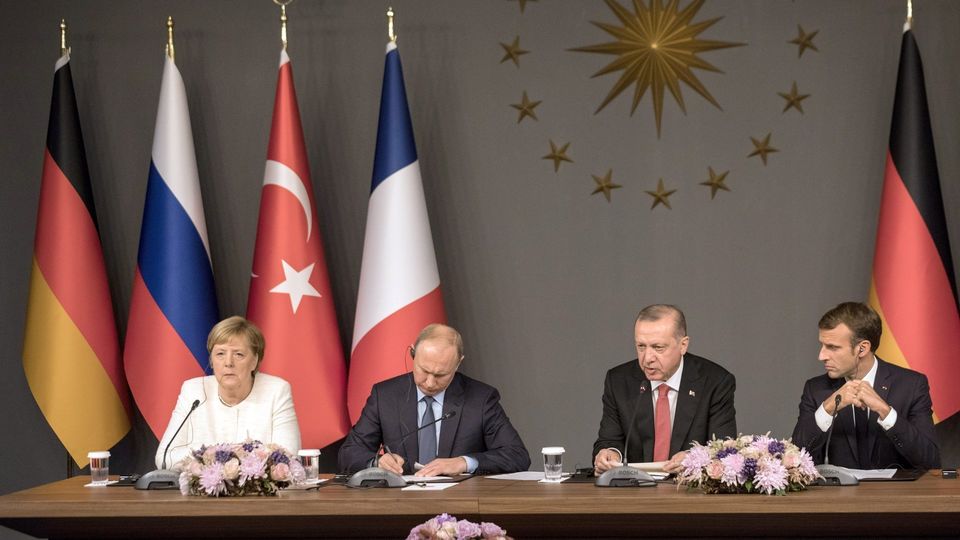 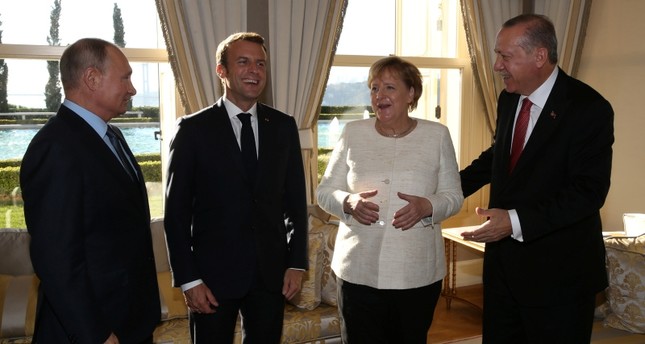 At the beginning of his speech, Macron expressed condolences to the people of the United States after a gunman killed several people inside a synagogue in Pittsburgh, Pennsylvania.

It was to discuss the situation in Idlib, the last rebel-held bastion, and a possible political solution to a conflict that has cost at least 400,000 lives over the last seven years.

“We will all be extremely vigilant to ensure that these commitments are met and that the ceasefire is stable and sustainable,” he told after a four-way Syria summit with the leaders of Turkey, Russia and Germany.

Macron also said any military offensive by President Bashar al-Assad’s regime and its allies would have “unacceptable security and humanitarian consequences”.

He spoke of a memorandum of understanding co-signed in September by Russia and Turkey, which created the Idlib buffer zone, stressing it should be followed “from A to Z without questions.”

“This is something we have once again pledged to… as sustainable and permanent ceasefire should be protected in Idlib at all costs,” Macron said.

He added that a military offensive in Idlib by Syrian troops with support of other state actors “will never be acceptable” as attacks forced Syrians out of their homes.

Macron called a political solution to the Syrian conflict France’s main priority and slammed the Syrian government for suspected use of chemical weapons against rebels.

“The use of chemical weapons is unacceptable regardless against whom they were used,” the president emphasized.

He decried lack of progress on the Syrian constitutional committee, saying nine months had passed since the Sochi summit without the body conveying even once.

“Until the end of this year, we hope and pray, the lists will be approved for the perspective members of the constitutional committee so that they can have a meeting,” he said.

Macron promised to launch an appeal by the end of this year, alongside other “stakeholders,” to have a constitutional committee meeting “as soon as possible.”

Joint Statement by the Presidents of the Republic of Turkey, the French Republic, the Russian Federation and the Chancellor of the Federal Republic of Germany

The Presidents and the Chancellor,

Reviewed the recent developments regarding the conflict in Syria and expressed their shared concern on the risks and threats emanating from the conflict for regional as well as global security and stability;

Reaffirmed their strong commitment to the sovereignty, independence, unity and territorial integrity of the Syrian Arab Republic, and to the purposes and principles of the Charter of the United Nations;

Underlined their firm conviction that there could be no military solution to the ongoing conflict and that the conflict could be resolved only through a negotiated political process in line with UN Security Council Resolution 2254, and emphasized, in this regard, the importance of increased coordination among all international initiatives which aim at contributing to a credible and sustainable solution to the Syrian conflict;

Reaffirmed their determination to fight against terrorism in Syria in order to ultimately eliminate DAESH/ISIL, Al-Nusra Front and all other individuals, groups, undertakings, and entities associated with Al Qaeda or DAESH/ISIL, and other terrorist groups, as designated by the UN Security Council;

Expressed their determination to reject separatist agendas aimed at undermining the sovereignty and territorial integrity of Syria as well as the national security of neighboring countries;

Welcomed the Memorandum on Stabilization of the Situation in the Idlib De-escalation Area, signed by the Republic of Turkey and the Russian Federation in Sochi on 17 September 2018;

Commended the progress in terms of withdrawal of heavy weapons as well as radical groups from the demilitarized zone established pursuant to the Memorandum;

Stressed the importance of a lasting ceasefire, while underlining the necessity to continue fight against terrorism, through the full implementation of the effective measures as foreseen in the Memorandum and of the compliance of all relevant parties with its provisions;

Reaffirmed their strongest opposition to the use of chemical weapons by any party in Syria and called for strict compliance by all parties with the Convention on the Prohibition of the Development, Production, Stockpiling and Use of Chemical Weapons and on their Destruction;

Expressed their support for an inclusive, Syrian-led and Syrian-owned political process that is facilitated by the United Nations and called for active participation in it of the Syrian parties;

Called for establishing and early convening, considering the circumstances, by the end of the year of the Constitutional Committee in Geneva that would achieve the constitutional reform, paving the way for free and fair elections under the UN supervision and in compliance with the highest international standards of transparency and accountability, with all Syrians, including members of the diaspora, eligible to participate;

Emphasized the importance of implementing confidence-building measures to contribute to the viability of the political process and a lasting ceasefire, and expressed their support for the release of detainees/abductees and handover of the bodies as well as the identification of the missing persons, as undertaken by the respective Working Group with the participation of the UN and ICRC experts;

Underscored the need to ensure humanitarian organizations’ rapid, safe and unhindered access throughout Syria and immediate humanitarian assistance to reach all people in need in order to alleviate the suffering of the Syrian people, and, in this regard, called upon the international community, particularly the UN and its humanitarian agencies to increase their assistance to Syria;

host countries, in particular Turkey, Lebanon and Jordan, and recalled that they remain committed to the safe and voluntary return of refugees to Syria on conditions consistent with the international law;

Highlighted the need to create conditions throughout the country for the safe and voluntary return of refugees and internally displaced persons to their original places of residence in Syria, underlined that the returnees need security from armed conflict, political persecution or arbitrary arrests as well as humanitarian infrastructure, including water, electricity, health and social services, and emphasized the necessity of coordination among all relevant parties, including the Office of the UN High Commissioner for Refugees (UNHCR) and other specialized international agencies;

Expressed their commitment to working together in order to create conditions for peace and stability in Syria, encourage a political solution and strengthen international consensus in that regard.

The Presidents of the French Republic and the Russian Federation, and the Chancellor of the Federal Republic of Germany expressed their sincere gratitude to the President of the Republic of Turkey Recep Tayyip Erdoğan for hosting the Quadrilateral Summit in Istanbul. 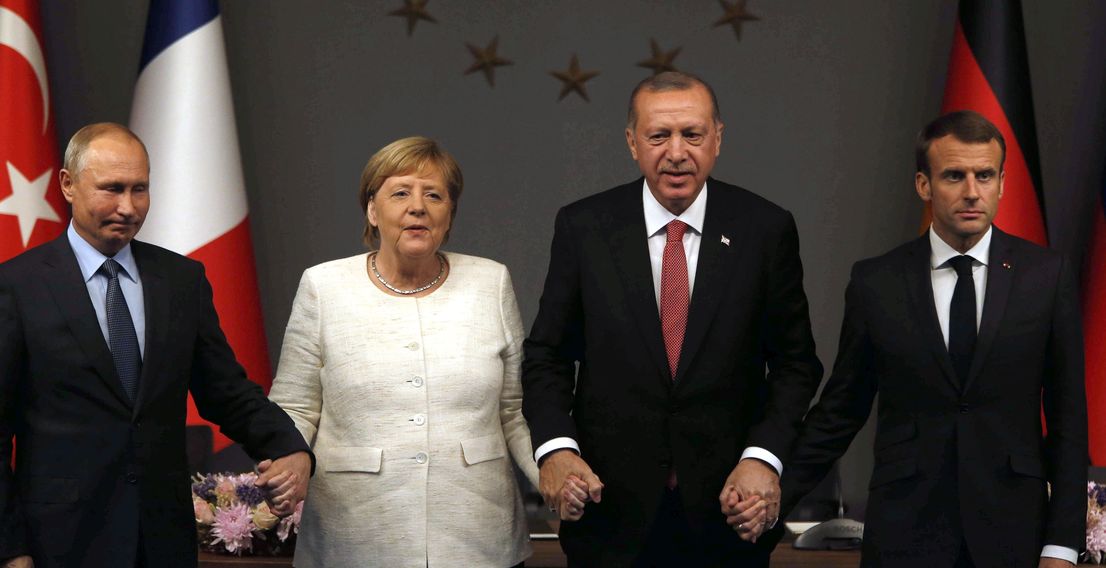 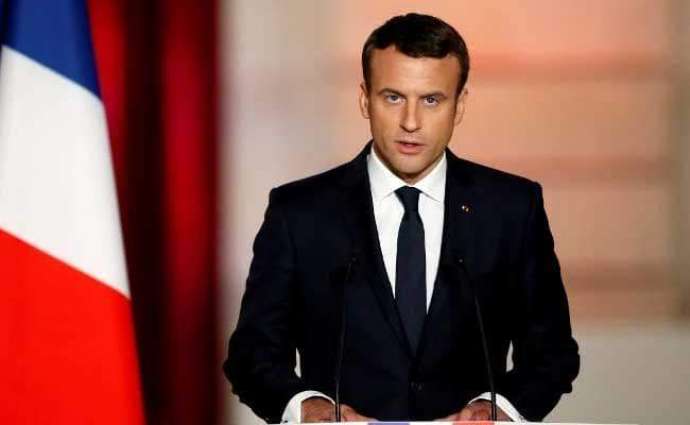 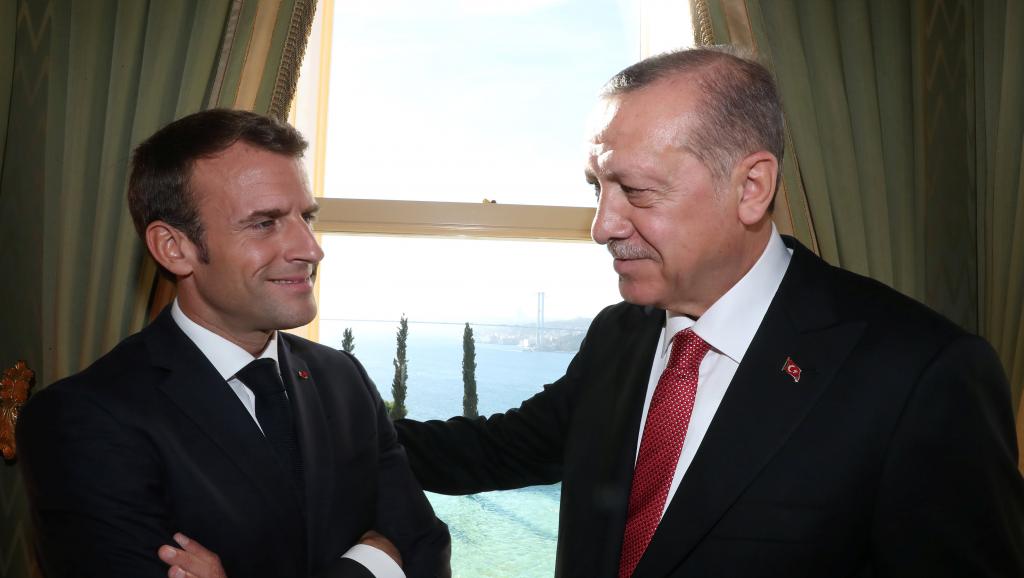 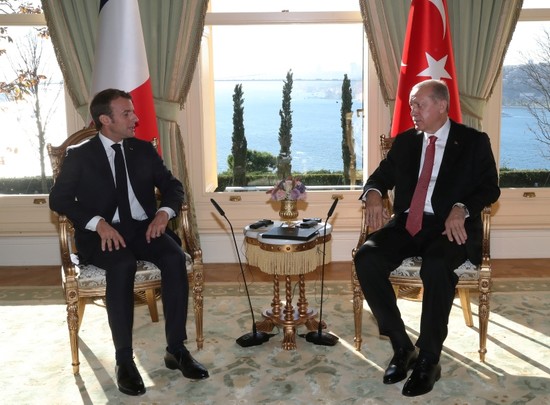