The Greek tragedy risks turning into a farce.
Hours after telling Europe he could accept most of the conditions of a bailout he previously rejected, Prime Minister Alexis Tsipras urged Greeks to vote against it.
Confused? You’re not alone. Markets in Europe swung around Wednesday in response to the conflicting signals coming from Athens.
Tsipras said a referendum planned for July 5 would go ahead, and Greeks should vote “No” to strengthen his hand in future negotiations on a new rescue.
But European leaders have made it clear they believe a “No” vote would set Greece firmly on the path to leaving the eurozone.
The remarkable series of events bring Greece no closer to fixing a crisis that spells disaster for its economy and people.
Tsipras wrote to European leaders and the International Monetary Fund late Tuesday, accepting most of the conditions they had attached to releasing more cash.
“[Greece] is prepared to accept this staff level agreement subject to the following amendments, additions or clarifications,” Tsipras wrote, according to a copy of the letter obtained by CNN.
The first change he listed — and the most significant — is for Greece to continue levying a lower rate of sales tax on its many islands. Creditors wanted the discount eliminated.
Otherwise, the changes mainly concern slight delays to pension reforms and tax increases that the creditors had demanded.
Puerto Rico avoids default (for now)
Eurozone finance ministers held a conference call Wednesday to discuss Tsipras’ letter. They agreed there could be no further talks until the result of the referendum is known.
Greece is on its own financially for the first time in five years. That’s because it is now cut off from European bailout funds and has defaulted to the IMF.
It is unable to borrow from world markets because they would charge a crippling 15% interest rate for a 10 year bond.
Even if Greeks vote “Yes”, a new rescue agreement could take weeks to negotiate, and Greece may need a change of government first.
“How do you persuade [European] government[s] to vote for a third bailout when the Greek government has actively campaigned in a referendum against the terms of a second bailout?” said James Nixon, chief European economist at Oxford Economics.
Meanwhile, Greek banks remained shuttered, and the country’s economy gets weaker by the day. 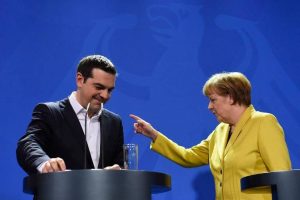 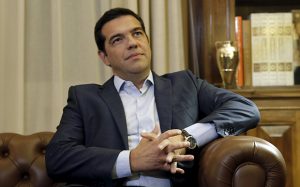 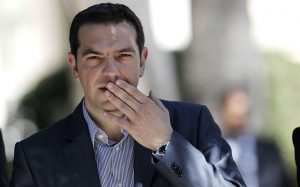 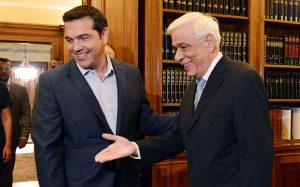