Demonstrators hold up an image of the eyes of Charlie Hebdo editor Stephane Charbonnier, know as Charb, as make their way along Boulevrd Voltaire in a unity rally in in Paris. 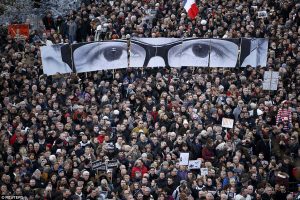 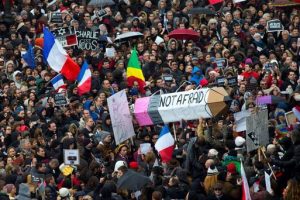 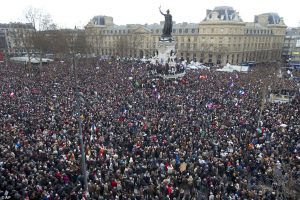 France has vowed to combat terrorism with “a cry for freedom” in a giant rally for unity in Paris after three days of bloodshed that horrified the world.

The French capital saw over one million people gather for the march, led by the families of those killed in the Charlie Hebdo massacre and subsequent hostage sieges.

“Today, Paris is the capital of the world,” French President Francois Hollande declared. “Our entire country will rise up toward something better.”

The rally is a huge security challenge for a nation on alert for more violence, after 17 people and three gunmen were killed over three days of attacks on a satirical newspaper, a kosher supermarket and on police that have left France a changed land.

An estimated 1.5million people gathered for the march which began at the Place de la Republique in the centre of Paris.

Demonstrations were also held in other European cities including London, Glasgow, Strasbourg and Berlin as well as other cities around the world.

Hundreds of thousands of people marched yesterday in cities from Toulouse in the south to Rennes in the west to honour the victims.

More than 2,000 police are being deployed, in addition to tens of thousands already guarding synagogues, mosques, schools and other sites around France.

Unity against extremism is the overriding message for the rally.

Rallies were also planned in London, Madrid and New York – all previously attacked by al Qaida-linked extremists – as well as Cairo, Sydney, Stockholm, Tokyo and elsewhere.

“We are all Charlie, we are all police, we are all Jews of France,” Prime Minister Manuel Valls had declared, referring to the victims of the attacks that included employees at the satirical magazine Charlie Hebdo, shoppers at a kosher supermarket and three police officers.

The Ukrainian president and Russian foreign minister, the leaders of Britain, Germany, Nato, the Arab League and African nations will also be present, along with the French masses, from across the political and religious spectrum. 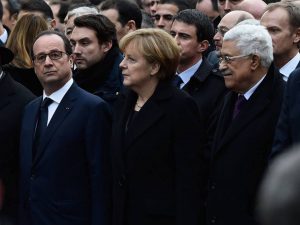 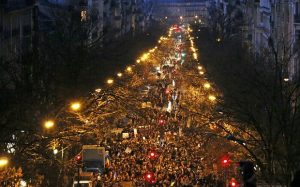 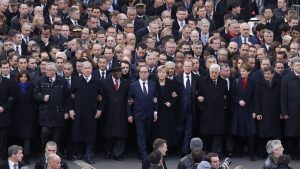