Russian president Vladimir Putin has suggested that Britain and France were responsible for the Nazi’s march into Europe.

Putin is reported to have said that historians attempt to “hush up” the 1938 Munich Agreement, in which Britain and France agreed to Adolf Hitler’s occupation of Czechoslovakia’s Sudetenland.

It led to the carving up of Poland and other Eastern European countries at the start of the Second World War. The non-aggression treaty saw Poland virtually disappeared from the map, 20,000 Polish officers and intellectual executed by the Soviet secret police, and the killing of three million Jewish people in Poland as a result of the Holocaust.

He added: “To which Churchill, I think, said somewhere to a small group of people, ‘That’s it, now war is inevitable’. Because compromise with an aggressor in the form of Hitlerite Germany was clearly leading to a large-scale future military conflict, and some people understood that.”

Referring to the 1939 Molotov-Ribbentrop Pact, which Moscow had made with Hitler, Putin said: “Serious research must show that those were the foreign policy methods then. The Soviet Union signed a non-aggression treaty with Germany. People say: ‘Ach, that’s bad.’ But what’s bad about that if the Soviet Union didn’t want to fight, what’s bad about it?”

But, in 2009, Putin referred to the same Nazi-Soviet pact as “immoral”.

Days after this agreement with Moscow had been made, Hitler launched his invasion of Poland. The Nazis easily advanced with no significant opposition, as the Nazi-Soviet treaty meant there was no threat of Russia retaliating on behalf of Western Poles. Britain and France could offer little support when they declared war, because of the dual-threat of German and Russian forces in the region. 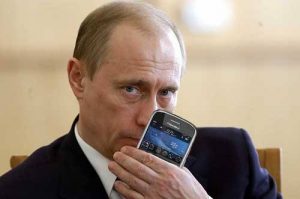 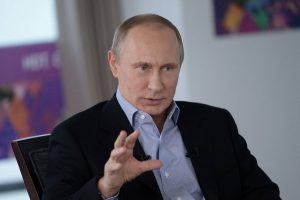 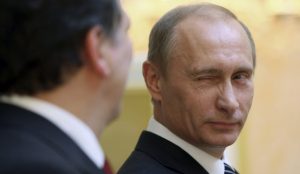 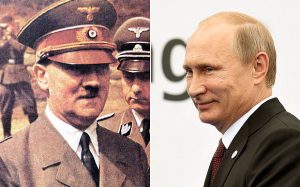