Brad Pitt and his tank crew hunt Nazis in the final days of WWII in Europe in the bleak, savage ‘Fury’

Hard not to be impressed by what writer-director David Ayer, powerfully aided by star Brad Pitt and an exceptional below-the-line team, has accomplished with this bleak and savage story of a World War II tank crew operating in Germany during the last month of the European war.

The advance spin on “Fury” has been, in the words of one of its producers, that it’s “not your grandfather’s war movie.” Like most hype, that turns out to be only half true. In fact, what makes this film distinctive is the adroit way it both subverts and enhances old-school expectations, grafting a completely modern sensibility onto thoroughly traditional material.

For though they don’t necessarily act in expected ways, the five-person cross-section-of-humanity tank crew headed by Pitt’s Sgt. Don Collier, a.k.a. Wardaddy, fits squarely into familiar Hollywood models involving men doing what men have to do because no one’s going to do it but them.

Brad Pitt stars in “Fury” as a sergeant who’s a lone wolf with an air of exhausted charisma. 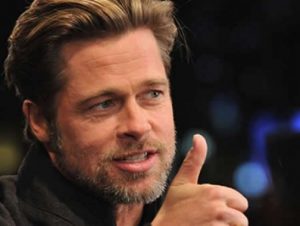 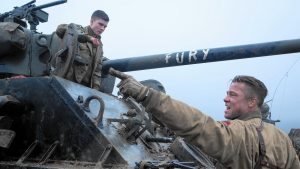 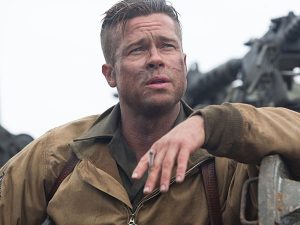